Of looney tunes and mickey mouse at The simpsons, cartoons have a long history of imagining the most ridiculous and chaotic moments possible and dramatizing them into absurdity. Anime characters and their hijinks are rooted in humor, and yet, as artist Peter Frederiksen acknowledges, they also have a more sinister side. “Violence is shorthand for conflict, confrontation, fears,” he tells Colossal, noting that many iconic cartoons were created post-war or were produced at a time when “violence was in the game.” ether… I don’t put guns in embroideries because I love guns I put guns in embroideries because it’s escalation It’s overcompensation It’s the anxiety and fear.

Frederiksen has spent the last few years focusing on antagonizing these classic scenes and preserving their ephemeral nature in dense embroideries. It renders knives piercing a closed door, tied sheets pulled as they fall from a window, and hands twisting in knots while trying to play the piano. Tightly stitched to canvas with a machine, the works are true to their original source in color and style, though Frederiksen precisely crops each script from his surroundings.

Decontextualized and infused with action, the nostalgic works are both familiar in their imagery and unrecognizable as part of a larger narrative. “They tell a story in as ominous a way as I want, maintaining the kind of tension that I build with a scene,” he says. “I also like to think about making these tight little scenes like a mirror of what I’m doing physically, using my hands in little ways to make things happen.”

The Chicago-based artist has a number of shows planned for this year, including at Postmasters Roma in May and a solo show at New York’s Massey Klein in September. Until then, follow his work on Instagram. (via The Guardian) “You don’t need a reason” “A Little Time Out” “The Trap Has Been Set” 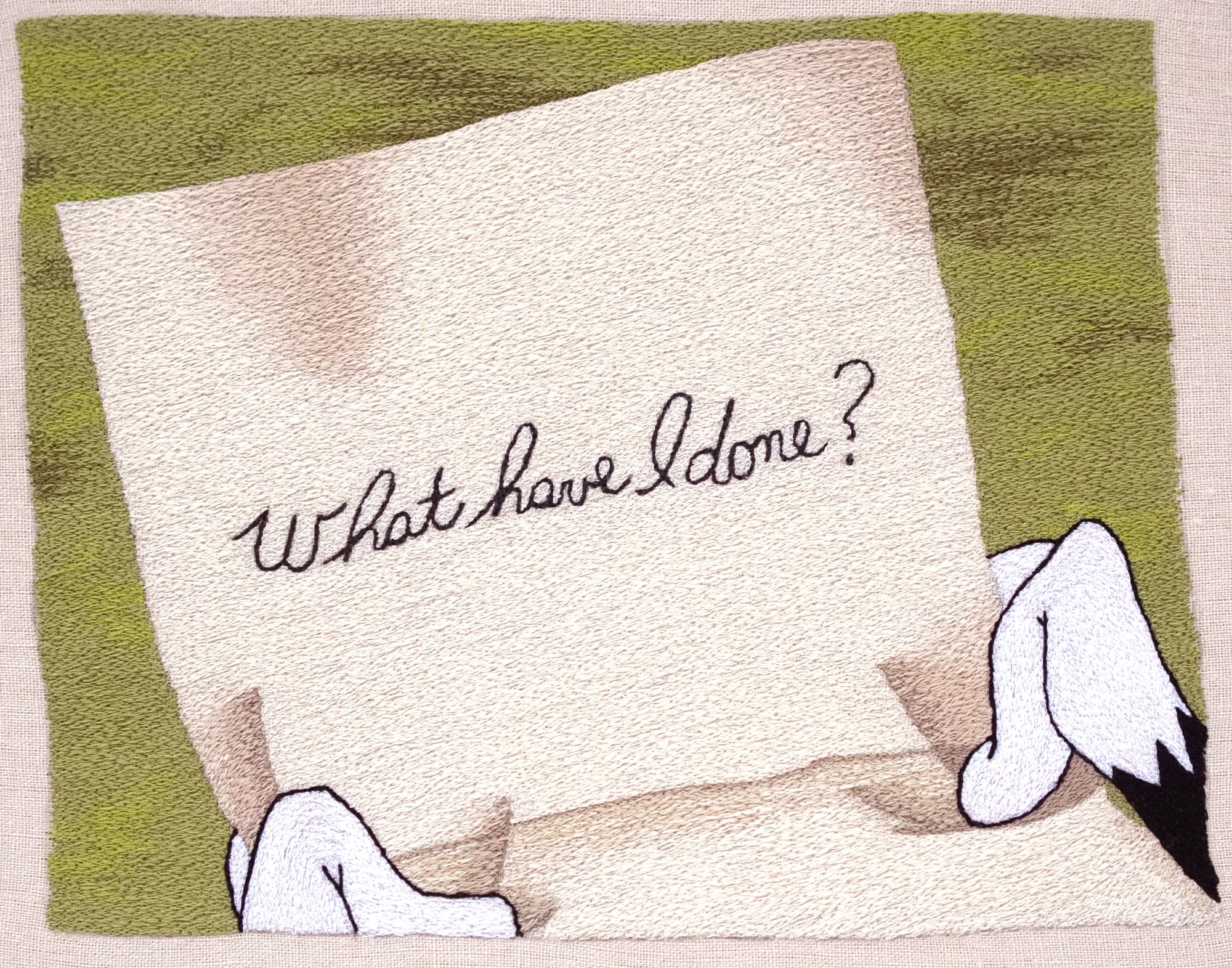 “It’s exactly as bad as you think” “All my suspicions are confirmed”

Do stories and artists like this matter to you? Become a colossal member today and support independent art publishing for as little as $5 a month. You’ll connect with a community of like-minded readers who are passionate about contemporary art, read ad-free articles and newsletters, support our interview series, get discounts and early access to our print versions limited edition, and much more. Join now!