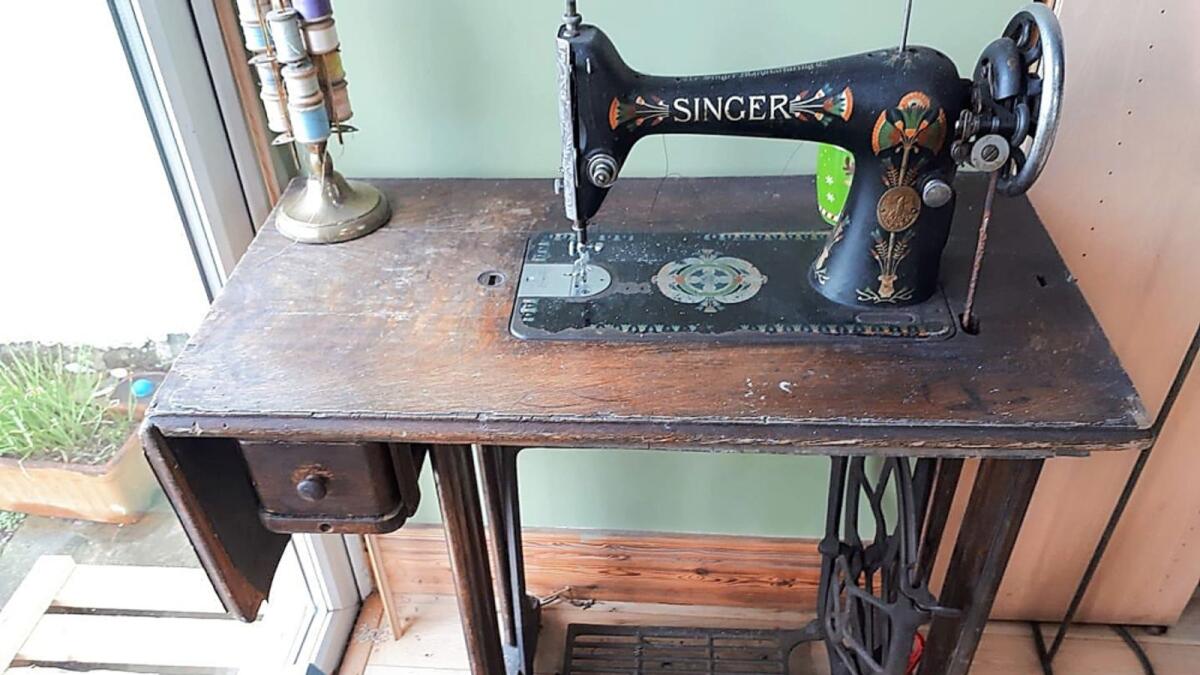 The Athlone sewing machine that started a new life in Malawi

“My mother was Nora Greene. She lived her entire life in Athlone and raised her family there. She passed away on December 13, 2019, shortly after her 92nd birthday.

By the mid-1950s Athlone boasted of a thriving textile industry, “The General Textile Company”, better known as Gentex, which employed nearly a thousand people, working 24 hours a day, three-quarters of a day. eight hours a day.

My godfather worked at Gentex and regularly dropped off parcels of fabric scraps from the factory for Mom and she used the sewing machine and her tailoring skills to dress us all. My holy communion dress was made of a curtain.

We were eight Greene children in her family, and later 25 grandchildren and 19 great grandchildren. Mom knew all of their names. She was always interested in everything we did. She encouraged us to do things that she had never had the opportunity to do. Education was her god, and homework was a must. She knew that education was the path to a better life and she and my father were involved in all of our school activities. Mum made all of the school play outfits and my dad made the sets! A good way to keep us at the head of the class.

She always had a great interest in helping others who were less fortunate. She lived at a time when infant mortality was still high and people died young, with their life expectancy shortened by poor living conditions and disease. Dr Noel Browne TD lived opposite her at Gahens Lane, Irishtown, Athlone. His family was nearly wiped out by tuberculosis in the 1930s. Mam was his biggest fan because of the Mother and Child Act he tried to pass here in 1947. She also supported his campaign. to eradicate tuberculosis in the 1950s, because mom had also lost a brother to tuberculosis.

She really thought of the world of Donough O Malley, TD and Minister of Education for introducing “free education” in 1967. She knew full well how difficult it was to educate with eight children.

Mam died a month before Covid broke out in Italy. We were devastated, but in retrospect we were blessed because it would have been so difficult if she had been ill during the Covid lockdown. At least we all got to hang out with her.

Mam had a long working life supplementing her family’s income in very poor times. She made all of our clothes on this machine, from underwear to holy communion dresses. She made our Debs dresses and even some of our wedding dresses. My father kept the sewing machine in perfect working order. There was nothing she hadn’t tried. We had maxi dresses, minis, etc. before they hit the stores. The only help she needed was to thread the needle!

Mam’s sewing machine was only a little older than her, dating from the early 1920s. It is a full-size Singer 66K pedal sewing machine, a popular model (possibly two million of these were manufactured in total), which the Singer company manufactured at the main Singer factory in Scotland. His machine featured the “Egyptian Lotus” decal decoration which was used by Singer on the Model 66 from 1904 to 1924.

Now his precious sewing machine is heading to Malawi. Two of her grandchildren worked in the community there, and they thought the old sewing machine would be a great fit. She will start a new professional life at a sewing center in Malawi and hopefully help create jobs. Coincidentally, I worked at a center in Botswana in the late 1970s using a trestle machine. Just like this one. It looks like life has come full circle. “

Judy, originally from Athlone, traveled to Galway after studying ceramics and working in Africa for some time. She opened her iconic pottery store in 1982 and the Irish pottery and gift business continues to thrive today in her charming shop in Kirwan’s Lane, Galway. Although her store is closed due to the pandemic, her website continues to trade.