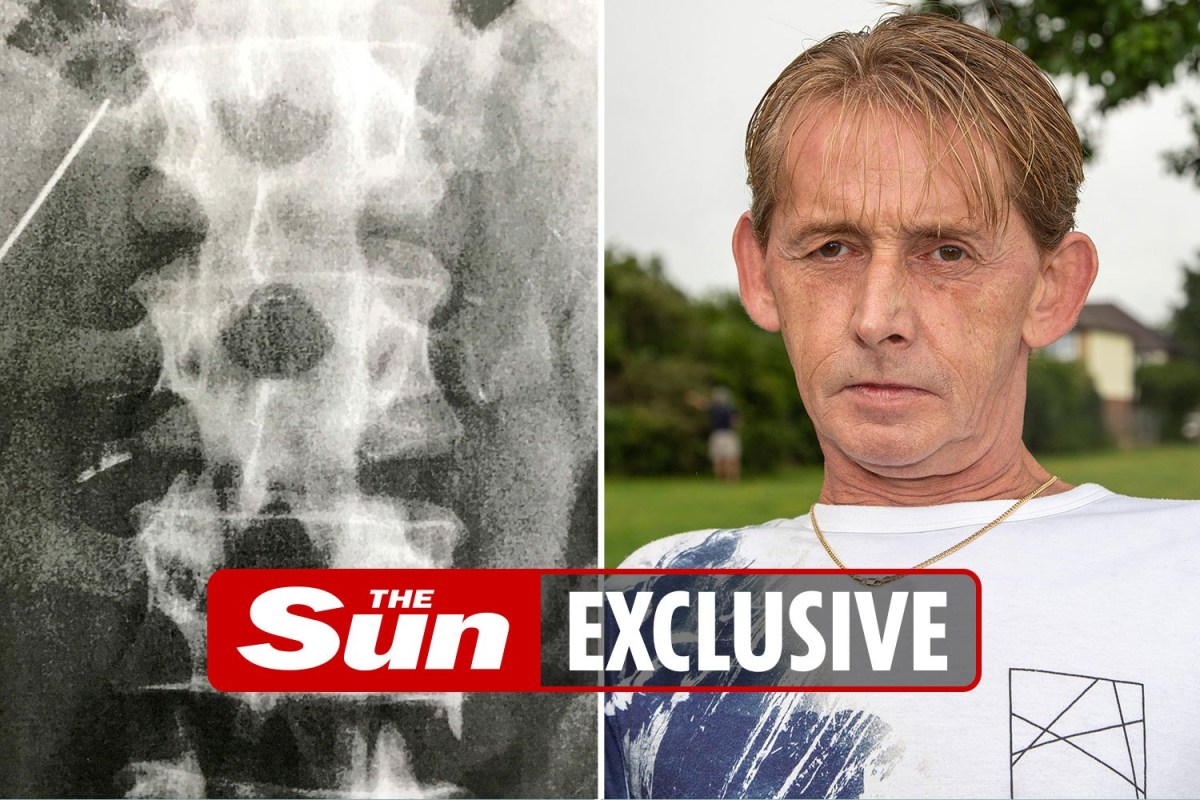 Painter has sewing needle stuck in liver for 15 years

PAINTER Terry Preston has had a sewing needle stuck in his liver for at least 15 years – not knowing how it got there.

Experts said he may have even swallowed it unknowingly when he was a child.

Terry, 54, said: “My first thought was that one time maybe I got so drunk I rolled over or something!”

“Even then, I don’t know how it would reach my liver, but somehow it does.”

It was discovered in 2019 when he went to the hospital with a suspicion of pancreatitis. Doctors rechecked and it appeared in scans dating back to 2006.

Terry, from Walton-on-Thames, Surrey, said: â€œI couldn’t believe it when I saw it. I didn’t know it was there. “

He says he is in pain now and wants to remove the 5.7cm needle.

But doctors believe the discomfort may be psychological because he now knows he’s there. And they say an operation would be risky.

Expert Dr Raghib Ali said: â€œSmall foreign objects can be absorbed in the liver through the intestine.

“They can pass through the stomach and intestine and lodge in the liver, but this is extremely unusual as they normally pass out from behind.

â€œThe liver will have isolated this needle, so it won’t cause damage. And since the liver contains so many blood vessels, cutting it can be far more dangerous than leaving it there.