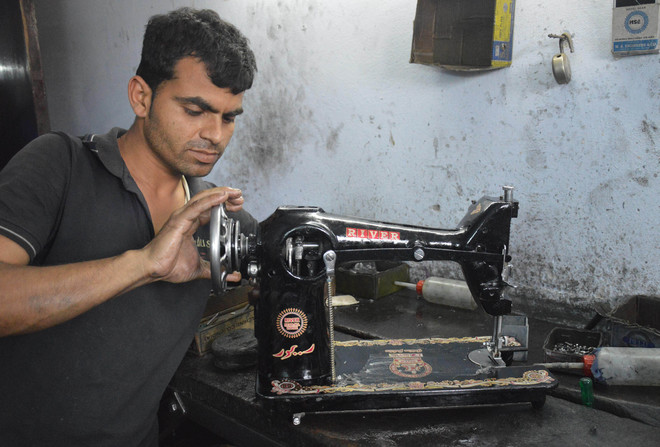 The Taliban takeover of Afghanistan massively affected the Ludhiana sewing machine industry, which saw a drop of about 40% in production.

Ludhiana exports both sewing machines and sewing machine parts to Afghanistan worth Rs 18 crore every year and exports worth Rs 10-15 crore are expected to be disrupted due to current circumstances.

The industry took a hit of Rs 1,200 crore after trade with Pakistan was severed, but Afghanistan made up for the loss. Even amid the pandemic, it was thriving on trade with Afghanistan.

In the current scenario, Afghanistan and Dubai are the main buyers of sewing machines, but in Dubai, China is in power, while in Afghanistan, the local industry sends material.

Jagbir Singh Sokhi, president of the Sewing Machine Development Club, said Afghanistan was a wholesale buyer of sewing machines and parts because the Muslim community, which has expertise in embroidery, lives there and a sewing machine is his basic need.

“Trade became stagnant in the past due to demonetization and then the pandemic hit. We were going through difficult times because of our trade with Afghanistan. But after the unrest in Afghanistan, trade stopped and production dropped drastically as there is hardly any demand in the market. Before Covid-19, 5 lakh sewing machines were exported every month and now the figure has dropped to just 1.5 lakh. The days ahead are going to be tough,” Sokhi said.

Kulwant Singh, general secretary of the club, said that at present no orders were being dispatched and everything was on hold. “We are just waiting for things to normalize. Of all the things exported to Afghanistan, sewing machines are a big part,” he added.