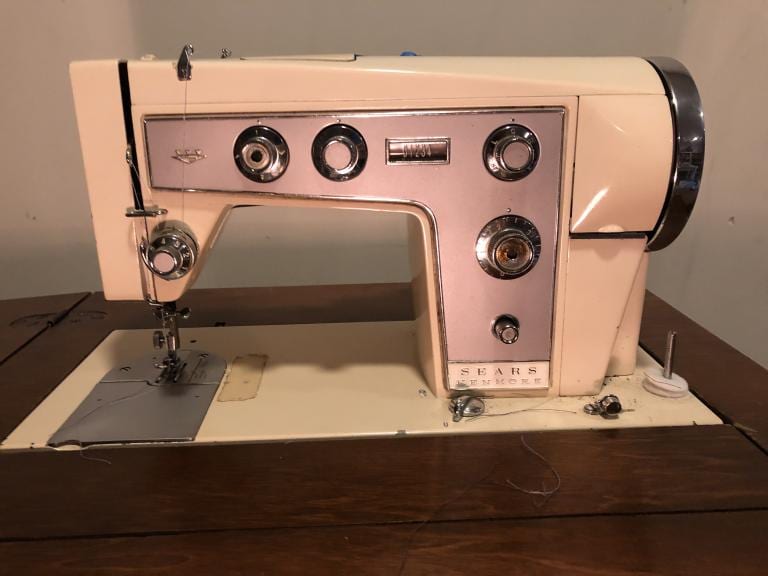 A sewing machine metaphor (and people are not machines)

Here is a little anecdote from the life of Jane the actuary:

I own a vintage sewing machine – a Kenmore 158.904 model from the 1960s that I bought for $ 25 at a garage sale when it was already old, and took with me from apartment to apartment. ‘other to move, since then. It is sorely lacking in bells and whistles – it has cams (patterns for making custom stitches) and a buttonhole making device, but a modern machine would have these features built in as well as an automated threader, stop-start and well. Moreover. Following. But besides sentimental reasons, I kept it because it’s all metal, has a 1.2A motor, and can basically handle anything I throw at it, as far as the thickness of the material goes, useful when I sew a children’s Halloween costume rather than a simple quilting project, for example. (For comparison, even a modern “heavy-duty” machine only has a 1.0A motor.)

At the same time, however, this has caused me more than its fair share of problems, and in the last few months since I started sewing face masks, has given me particular problems with the bundling of threads ( ‘Bird nests’), the thread of breakage and tension issues that would send spools of thread flying off the backing onto the machine, which I could minimize but not resolve no matter how many times I have oiled the machine or studied on YouTube videos or filmed the machine in operation and watched the playback in slow motion. And I kept wondering and lamenting to my husband, “I’ve always had blood pressure issues. But I’ve never had this particular problem before; I have never seen a spool of thread fly away.

Finally, the other day I moved on to a different kind of project and a different kind of stitch, which gave me the insight I needed. Reader, common sense would dictate that when installing a needle, it should be inserted as far as possible into the slot of the needle, so that it is as stable and secure as possible. But, it turned out that had been my mistake from the start – the needle was too high and the “hook” was not picking up the thread consistently. I lowered the needle slightly, did a few test points, and the machine worked perfectly. (Looking back, as I started to sew the face mask, I broke a needle. I’m not sure why, as this hadn’t happened before, but my installation of this needle may have triggered all of this. problem. Or maybe not; anyway, I think in a modern machine there is a good tuning lever.)

Or at least he did it last night. Fingers crossed this is true when I sew more than a test swatch.

Why am I telling this story?

My Forbes article earlier this week, on the implications for retirement commitments of a “disband the Chicago police” strategy, I titled: “Defund The Police, Cut Pension Liabilities? The only weird trick that might work for Chicago, ”in an ironic reference to the countless fancy articles claiming to offer“ a weird trick ”for weight loss or whatever. I think, at this point, readers of internet advertisements understand that there isn’t a “weird trick” that provides easy answers.

But all too often, however, we want all of our problems to have a ‘weird trick’ to solve them, something easily achievable if only someone smart enough thinks about it, the way I had a hard time finding, and, yes, finally I found the “weird thing” to fix my sewing machine.

It’s the old word on “if we can send a man to the moon, we can also solve [intractable social problem]. “The ‘man on the moon’ is a question of engineering, math, it’s my ‘surely my sewing machine, like a machine, is repairable ”on a much larger scale.

But “fix” the fact that black Americans have a higher level of poverty and a lower median income than white Americans? And make no mistake – the discussion among politicians, pundits, and political experts of all kinds has gone beyond implementing yet another round of police reforms to stressing that this problem larger must be resolved immediately and generally by either converting the United States into an extreme version of a European welfare system, or providing these benefits specifically to descendants of slavery.

And that drives me crazy – especially since these much vaunted social protection systems, like Sweden, have exactly the same kind of challenges with the economic situation of their ethnic minorities, especially when it comes to immigrants from Muslim countries. . Asian countries are just as likely to be racist, even if their designation of “race” does not conform to labels that we consider universal. I know everyone would like to believe that if we were just willing to pull that lever that we didn’t pull we would be able to fix this, but I just don’t see that happening. I don’t even see “model” countries.

Humans are not machines. We cannot adjust the gears to fix ourselves.

As for what I think should to arrive? I’ve no idea. Honestly, seriously, I don’t know. I know I am very wary of unintended consequences. I know that those people who care deeply and passionately about the question cannot be considered more likely to have the answers just because they care more, and I know that even people “in the trenches” can find themselves. misleading the answers, especially if they see the people they are trying to help always in the best possible light. (Little beast: everyone advocates keeping the unemployment premium of $ 600 / week and insists that because people are basically good they will go back to work even if it means loss of income.) I know I can dig into the numbers, but I can Myself, personally, I don’t go into some sort of ‘community organizing’ work because that would be a sure guarantee that I would screw it up and do everything. world would upset me for not saying the right things. And, frankly, it worries me that every institution – every business, every small business, every charity, every museum – is now called upon to make it its cause even when it has no particular expertise and should instead focus. on what it can actually do effectively.

Finally, tangentially, as a related update, I sewed face masks on. My current count is 150 ish donated. To be fair, I’ve mostly quit, now that they’re available in stores, in reusable or disposable versions, at decently affordable prices, and they also seem to provide income for some otherwise unemployed people. (There are reports that manufacturers in the garment industry have switched to face masks, and I also notice that the ones that local dry cleaners sell appear to be hand-sewn rather than imported from China.) to sew a few for the pantry collection. later in the day, just because the other day in the bathroom at the grocery store I saw a woman who honestly looked on the poorer side of things, removing her face mask disposable, and it was dirty and clear that it’s been reused over and over. Which means that the need is less clear.